WAKE UP, people! Alt-Left and Alt-Right are run by the same forces… the goal is “divide and conquer” 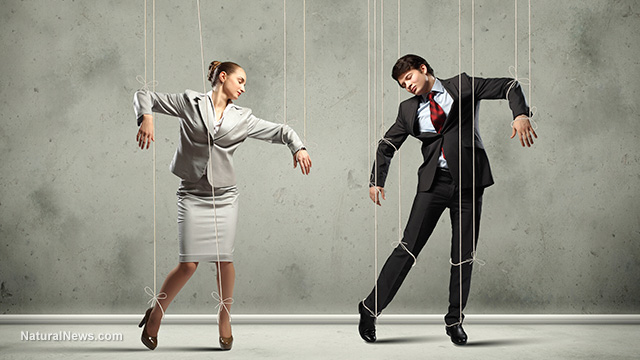 We’re all being played. The so-called “Alt-Left” and “Alt-Right” are all rooted in elaborate, deadly street theater being played out on the national stage with real consequences (such as killing innocents on camera).

If you have been swept up into the engineered hatred of all this, you’ve been suckered by the globalists who are running this entire show. In truth, most people in America aren’t filled with hatred for others of different skin color, races, religions or genders. Most people just want to get along. But the goal of the Alt-Left and Alt-Right movements is to divide and conquer America through hatred and media lies that push false narratives for political gain.

As evidence of all this, note that Jason Kessler, the organizer of the Charlottesville event, actually worked for Obama and the Occupy movement just a few months ago. This man is a professional activist and social engineer who whips up big events on the world’s stage in order to achieve highly visible outcomes that can be seized by the mainstream media to condemn Trump supporters by labeling them all racists and “KKK.”

Much of the organized Left is funded either directly or indirectly by George Soros, the same radical left-wing operator who undercut freedom and liberty across numerous European countries. He’s the funding source behind ThinkProgress and 200+ other radical left-wing groups that constantly lie, defame and smear conservatives in order to sow hatred and division. Radical Alt-Right groups, similarly, are led by operatives who are very often working directly for the CIA and FBI. Nearly all the KKK racism you see on the news is contrived, elaborate theater carried out by these operatives. Some of the racism is real, however, as actual racists follow the “leadership” of the contrived KKK social engineers who are merely acting. (The KKK, by the way, was founded and run by Democrats.)

The KKK leaders who were interviewed by Variety detailed how they were wooed with promises the program would capture the truth about life in the organization; encouraged not to file taxes on cash payments for agreeing to participate in the filming; presented with pre-scripted fictional story scenarios; instructed what to say on camera; asked to misrepresent their actual identities, motivations and relationships with others, and re-enacted camera shoots repeatedly until the production team was satisfied.

The production team even paid for material and equipment to construct and burn wooden crosses and Nazi swastikas, according to multiple sources including Richard Nichols, who is one of the featured subjects of the documentary series as the Grand Dragon of a KKK cell known as the Tennessee White Knights of the Invisible Empire. He also said he was encouraged by a producer to use the epithet “nigger” in interviews.

“We were betrayed by the producers and A&E,” said Nichols. “It was all made up—pretty much everything we said and did was fake and because that is what the film people told us to do and say.”

Meanwhile, the media is using the hatred and division to try to dethrone President Trump, and Antifa is using the chaos to push for its goal to terrorize America while overthrowing the government and installing communism. This has all happened before in Mao’s communist Cultural Revolution that mass-murdered liberty-oriented Chinese citizens to install a communist dictatorship that continues to this day.

Don’t be suckered into the emotional puppetry. You are all being played by the powers that be. You are nothing more than a pawn in their script. I say #ExitTheScript and rise above the programmed hatred and media lies that are attempting to divide and conquer America.