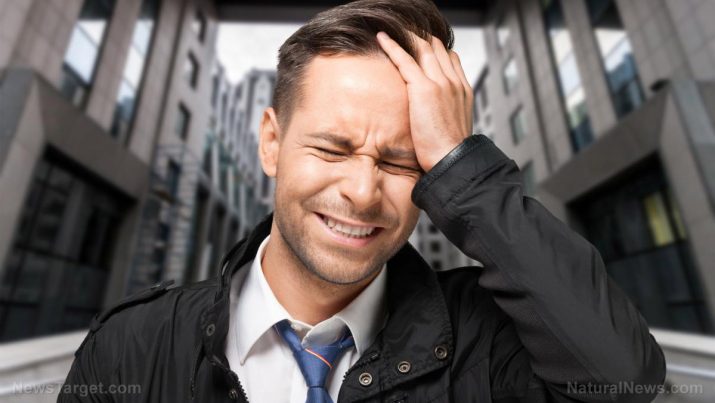 There is a growing insanity in the Western world, and it’s called progressivism. It’s a cult-like political movement practiced by Left-wing kooks, hucksters, liars, race-baiters, race haters, and frauds who have assumed for themselves the right to tell the rest of us what to think, what to believe, how to behave, and what is and is not “right” or “proper.”

These truths are summed up perfectly in a video featuring a BBC personality, Victoria Princewill, who is black. In the video, Princewell proceeds to lecture white people about the use of memes  featuring black people doing funny or exaggerated thinks, calling it a version of “21st-century blackface,” and “digital blackface.”

The term stems from early entertainment from last century, in which white actors and actresses blackened their faces with make-up to take on the persona of an African-American, often in an exaggerated way.

In addition to that lunacy, Princewell said the use of black emojis on social media and via social platforms was a form of “cultural appropriation,” implying that it was demeaning and insulting (if we only used white ones, does that make us racists?).

At this point, I have to ask: Does anyone on the Left still remember the saying, “Imitation is the sincerest form of flattery?” Because listening to Princewell invent another reason to be insulted and thus give herself another opportunity to impugn and criticize white people, it sure doesn’t sound like you do. And by the way, isn’t singling someone out for negative treatment based solely on the color of their skin racism?

Okay, so maybe the early 20th century depictions of blackface involving white actors and actresses in traveling minstrel shows and on television were offensive — but do those depictions really apply to whites today using black-themed emojis and memes (which feature black actors, actresses and regular people doing animated things on their own)? Or is Princewell and the rest of the “progressive” movement just making up another reason to be angry at white people?

And “cultural appropriation?” What is that, exactly? Because it doesn’t sound like a real thing. It sounds like an invented thing — something concocted by angry, racialist, Left-wingers who have “decided” that it’s a “thing” so they can use it as an excuse to vent their hatred of white people.

Black people cry “racism!” and “bigotry!” so often these days, it makes it difficult if not impossible to take them seriously. It’s like the story of the “boy who cried wolf” — he did it so often when he was not in danger of being attacked by a wolf, that when he was actually being attacked, no one in the village believed him and, hence, no one came to his rescue and he perished.

Crying racism for every perceived insult — and perceiving nearly everything to even be a racially-based insult — cheapens instances of real racism and bigotry, which does indeed harm the cause of unity. And it’s why when a growing number of people who hear Princewell and uber-progressives like her say the things they say, it becomes a head-shaking, facepalm moment. (Related: The Atlantic Says The Eclipse Was “Racist” Because It Was Visible By Too Many White People)

What’s more, the sheer insignificance of her protest is mind-boggling. Is her life really reduced to complaining about white people who use black-themed emojis and memes? Really? Because if things like that are what honestly consume and animate her, we’ve got bigger, deeper, and stronger race problems in America and throughout the West than we know. Skin that thin, no matter its color, is liable to remain in a perpetual state of aggravation.

One final word about “cultural appropriation.” You may notice in the video (below) that as Princewell is discussing it, there is a picture of a white girl with weaved hair in dreadlocks, which is, of course, culturally related most often to black people. But you’ll notice Princewell is complaining about that with her own hair unnaturally straightened to look more ‘white.’

I don’t care how she wears her hair, mind you. But if you’re going to complain about “cultural appropriation,” don’t culturally appropriate.